We just wanted to share a review of the ‘After the Coal Dust’ book by the acclaimed Italian novelist, screenwriter and documentary film maker, Francesca Melandri. Many people will be aware of her ‘Letter from the Future’ that spread globally last year.

It’s been a long time since I wanted to talk to you about the photos of John Gill and Bridget Gill, and the beautiful book they made together, “After the coal dust”

Theirs is street photography but not the one you always see – New York, Barcelona, ​​big cities and cool places. Their gaze is on a small piece of Northern England, the one most devastated by the closure of the mines which for centuries have been its heart, economy and identity. Not that life in the mine is a thing to regret, but these portraits tell what happens to a place, and especially to its inhabitants, when history goes elsewhere without leaving – at least, apparently – nothing in return.

Personally, looking at the photos of John and Bridget, I had the impression that I understood at least a little more the strange social hara-kiri that is Brexit. If you go to their Facebook page, and look at their photos in sumptuous b / w, you will understand for sure what I mean.


(You can order the book here, https://www.johngill.photography/john-gill-photography…/ I gave it to a couple of friends and John was very kind and prompt in shipping. On his website there are also the dates of the conferences he holds on zoom – I listened to one, very interesting) 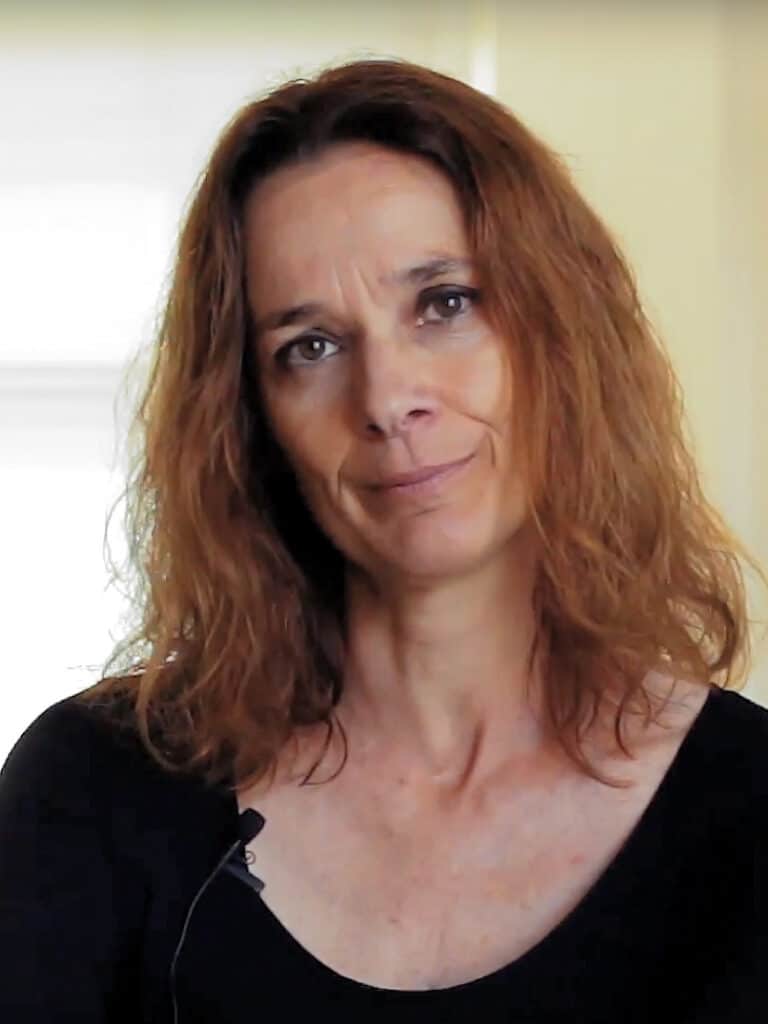 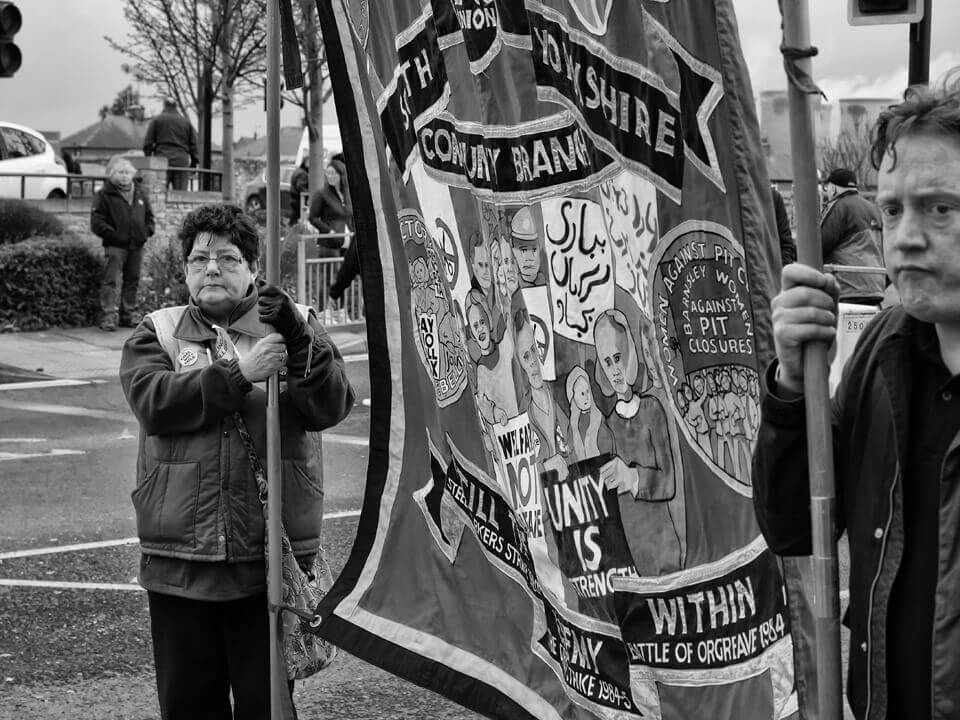 Stuart Bailey has been kind enough to send us a couple of his poems relating to the local collieries. 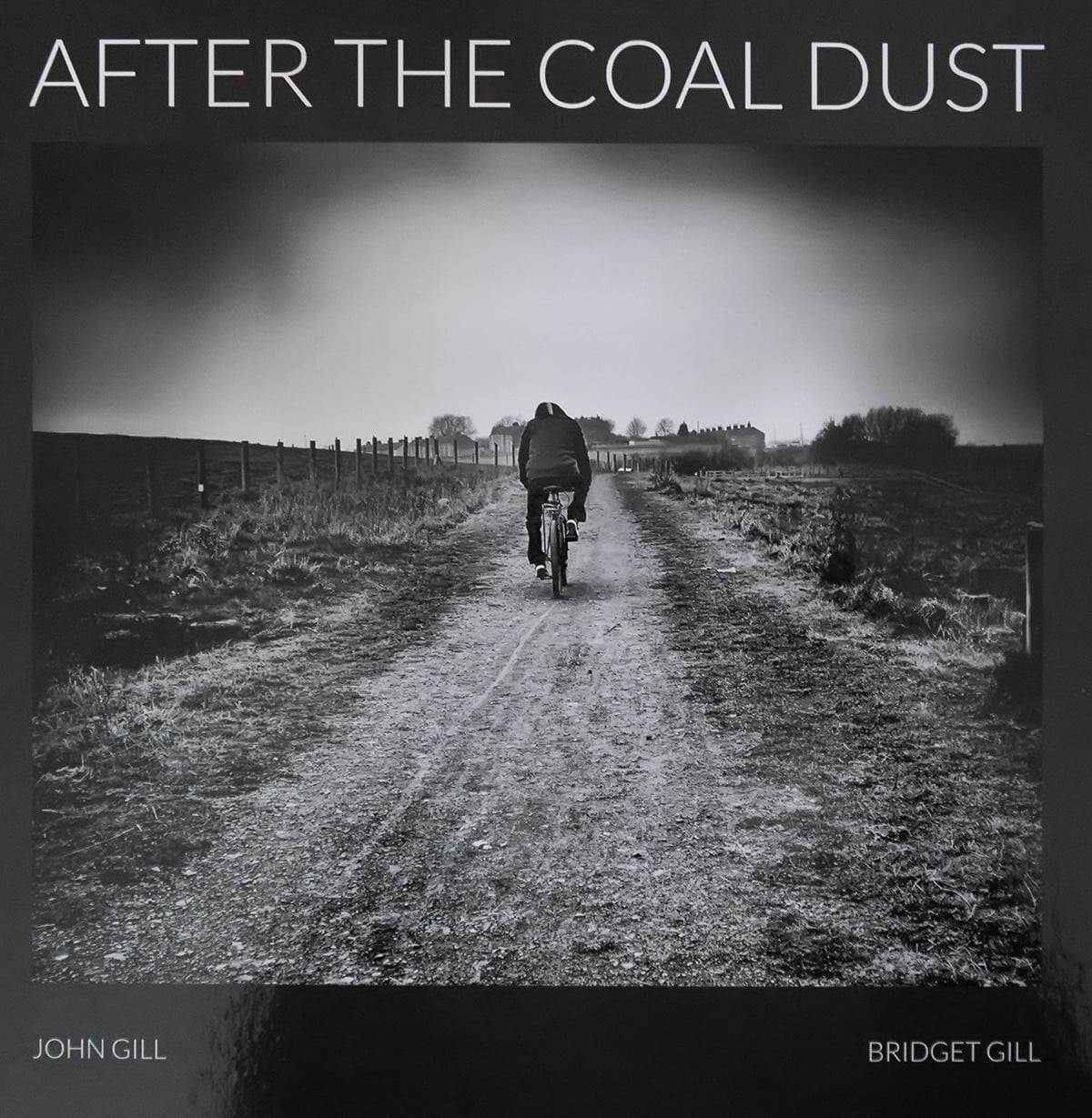 The After the Coal Dust book will be available from the 1st October.

It will feature over a hundred photographs by John and Bridget Gill as well as a few short, written pieces. The book will be available as a 30cm x 30cm hardback or 20cm x 20cm hardback, both featuring 130 pages on 200g/m2 paper.

If you want notifying when the book is on sale there’s a form here where you can submit your details. 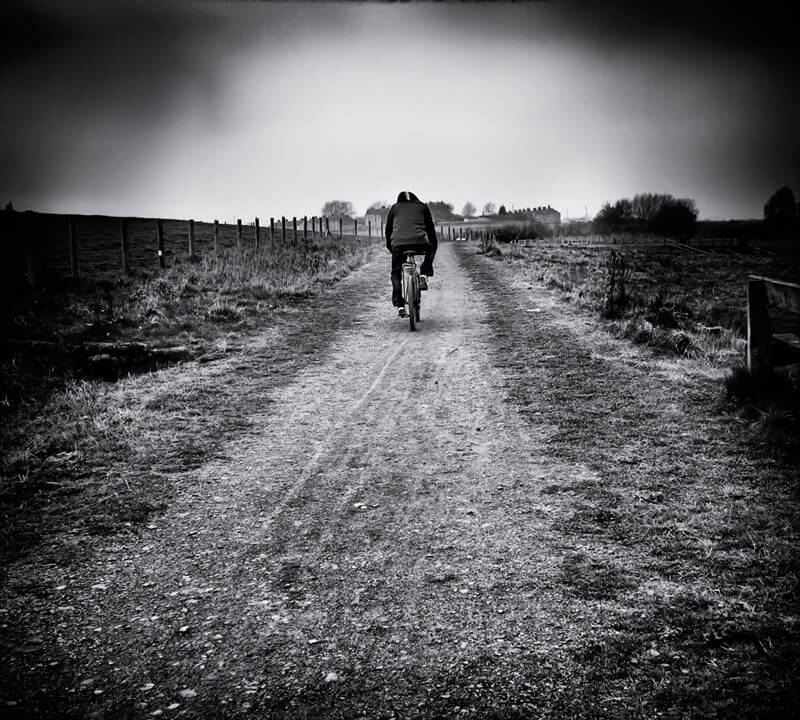 We’re looking to have a book with photos from the After the Coal Dust project and some of the other street and portrait images from my personal site (John Gill Photography) available late September/October time.

If all goes to plan it’ll be available in approximately A4 and ‘coffee table’ 12inx12in size, hardback with around 130 pages. Price isn’t set yet but definitely less than £30.

If you want to be notified when it’s available, you can register your interest here – there’s no obligation 🙂 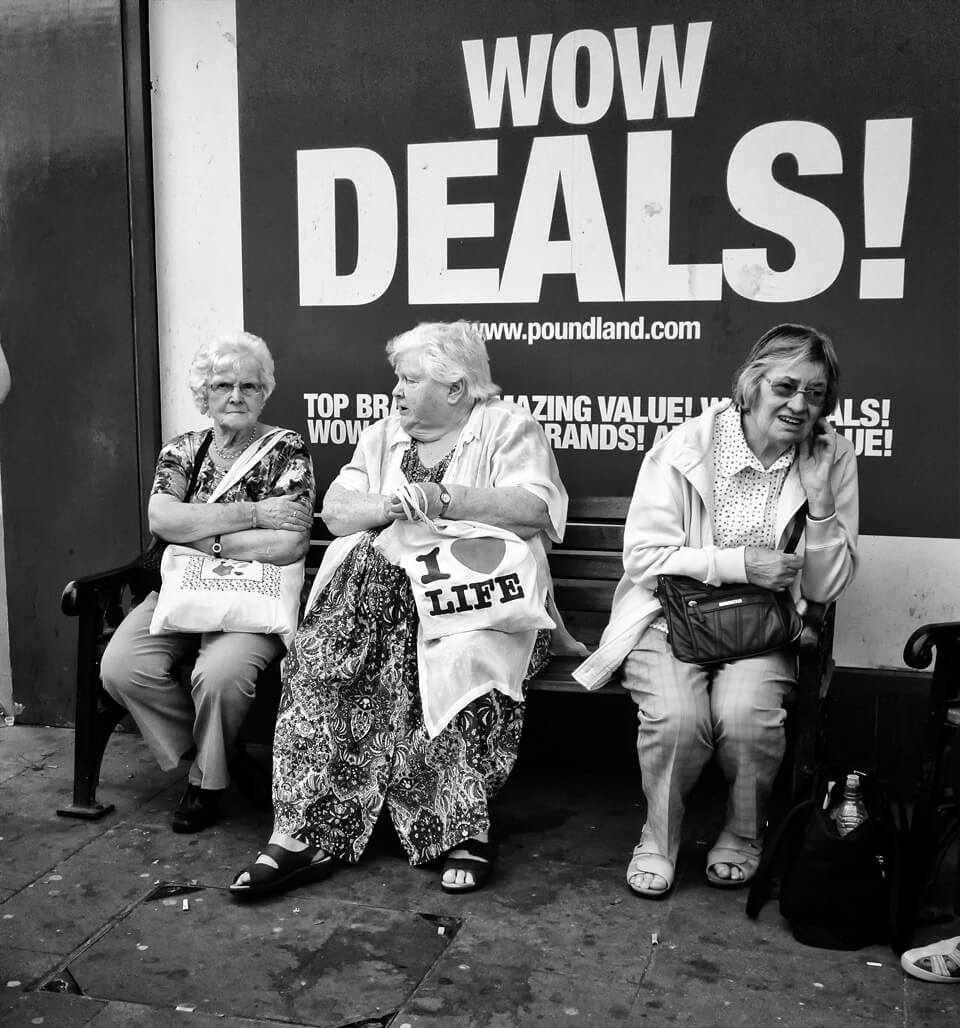 John will be one of the guest lecturers at the Yorkshire Photographic Union (YPU) Keighley Day  2019.

The event will be held at Pontefract, West Yorkshire on the 16th November 2019

It now seems very unlikely that our After the Coal Dust exhibition at the HIP Gallery, Hull will take place at all.

We have been unable to get a reply or acknowledgement from them despite attempting to contact them several times. Their 2019 programme is full apparently and if we can’t even get a response from them there doesn’t seem to be any prospect of the exhibition going ahead in 2020 either.

Disappointing in some ways but I don’t see how we can take this forward as over the past month or so we have emailed the curator three times, FB messaged twice, emailed the gallery itself all without any reply. A phone call promising a call back never materialised either.

This lack of communication has been in complete contrast to the other galleries we have dealt with and under these circumstances, we don’t now feel we would be able to work with them.

The After the Coal Dust photo exhibition at Doncaster Art Gallery finished on the 21st April. Thank you to everyone who took the time to visit.

Some feedback from the gallery:

Doncaster Museum & Art Gallery displayed the ‘After the Coal Dust’ exhibition in its Community Gallery between February and April 2019.

The exhibition was enjoyed greatly by both visitors and staff members at the Museum, and provoked much debate and reflection about the changes to life in the north of England since some of the big industries have closed down.

John and Bridget were a pleasure to work with, and the exhibition was beautifully presented as well as containing many striking and memorable images.

Unfortunately the projected exhibition at Hull will not now take place this year. Hopefully we can finalise dates for 2020

Below is the report of the talk we gave to Wakefield Camera Club on the 1st April 2019.

On the evening of Monday 1st April the club hosted a fascinating presentation by Castleford-based John & Bridget Gill and their daughter Freya. The title of the presentation was “After The Coal Dust” and comprised a series of photographs taken by John, Bridget and Freya. The idea was to provide a dispassionate look at what comes after the closure of an area’s main industry and focal point. Although many of the images were taken in the local “coal towns” they expanded their view to other places such as Scarborough and York as they found that other traditional industries such as steel and textiles have seen a similar decline. The photographs put a face to some of the people in these areas. Photographs from After The Coal Dust have been exhibited at The Great Yorkshire Show, The National Mining Museum for England and The Bradford Industrial Museum.

The show started with some shots taken outside Kellingley Colliery as it closed and moved into the communities. It had been coal and the economy surrounding it which had held these communities together and despite some investment a lot of the people felt left behind and forgotten. Most of the images were from our local area and had a resonance with the audience but the locations did include Bradford as it too experienced the demise of the textile industry. The images often portrayed a generalised disconnect between the subjects and life elsewhere. John provided the commentary as a procession of wonderfully evocative images were displayed on the large screen. His varied and interesting talk put the images into a context, both in terms of the society and the photography.

John explained that basically it could all be viewed as street photography but with a theme running throughout. All the images bar 2 or 3 were candid photographs without the subject knowing they were being photographed. He felt that any subject behaves or appears different when they know they are being photographed and he wanted the “un-posed” image. He recognised that there was some risk, although he has only received one death threat!! He tends to walk around rather than selecting a particular sight and waiting for a subject to come into it. He tends to use a wide angle lens on a micro for thirds camera which keeps the whole thing unobtrusive and less likely to cause interest. He does accept you need to get in close but if the subject is concentrating on something else, even if it is daydreaming, then one can still go unnoticed. He has to work quickly and it is a case of “practice makes perfect”. In the end it has to become instinctive. For his normal work he does not do too much Photoshop processing – just sufficient to highlight and bring the subject to the fore.

In the second half the stream of excellent and though-provoking images continued. He started by showing a group of images he classed as “controversial” in that they sparked a lot of interest and debate on social media. The subjects included children, the homeless and obesity. He followed this with a section showing a lighter side which provoked laughter and comment. He finished with a section on portraits. In these he had eliminated most of the background by cropping or processing in Photoshop. This took away the context and created a pseudo-studio image so that the viewer’s full attention was on the person in isolation. Some of these were stunning – full of attitude and emotion which probably could not have been created or simulated in a studio.

Throughout the evening the audience was captivated by the images displayed and John’s narrative. At the end there were many questions and everyone agreed it had been a really good evening. John, Bridget and Freya’s work is best seen rather than talked about and you can find many of the images at https://www.afterthecoalddust.com and I do urge anyone who missed the talk to have a look at them.

Entry to the exhibition is free and follows on from the previous successful displays at The National Mining Museum for England and Bradford Industrial Museum.

A few photos from After the Coal Dust are featured in the December 2018 edition of Eye Photo magazine along with a short feature article.

The magazine is available to read online, as a hi-res PDF download or a printed copy.

Any cookies that may not be particularly necessary for the website to function and is used specifically to collect user personal data via analytics, ads, other embedded contents are termed as non-necessary cookies. It is mandatory to procure user consent prior to running these cookies on your website.